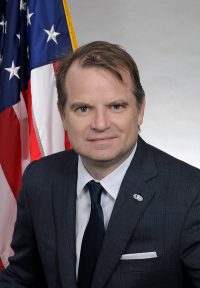 Commissioner Louis E. Sola was nominated by President Trump on November 15, 2018 to a term expiring on June 30, 2023. The United States Senate confirmed his nomination on January 2, 2019 and he was sworn into office on January 23, 2019. Commissioner Sola was a 2018 candidate for Florida’s 24th Congressional District in his hometown of Miami, Florida.

Between 2005 and 2018, Commissioner Sola was a licensed ship and mega yacht broker who served as Chief Executive Officer of Evermarine, and as an executive with prestigious yachting firms Northup and Johnson Yacht and Campers & Nicholsons (including winning the Cannes – Azimut Benetti Sales Award ).

Between 1998 and 2004, Commissioner Sola served as a consultant with Berkshire Capital and Arden & Price while raising his family in the Panama Canal Zone. During this time, he authored, inter alia, studies for the Inter-American Development Bank regarding the creation of a Central American Index fund though the region’s equity markets. Commissioner Sola also developed international finance strategies focusing on the maritime sector in Latin America (including ports, free trade zones and ship repairs) as well as management of greenfield projects.

Commissioner Sola served in the U.S. Army between 1986 and 1997 as a strategic debriefer and as a counter intelligence agent.  He served the U.S. Army’s Intelligence and Security Command in Munich, Germany after the fall of the Berlin Wall by strategically debriefing refugees from Eastern Europe.  Subsequently, Commissioner Sola served the U.S. Army’s Southern Command as a Spanish linguist involved with counter intelligence activities in Panama during the War on Drugs in the 1990’s. Mr. Sola earned the US Army Parachutist Badge (Airborne) and was awarded the Humanitarian Service Medal for his efforts during the Cuban Refugee Crisis. He has also received the National Defense Service Medal, the Joint Meritorious Unit Award, the Army Commendation Medal and has received the Army Achievement Award three times.  He is a two-time graduate of the Defense Language Institute Foreign Language Center, Presidio of Monterey, CA (Spanish, German).

Commissioner Sola earned his A.A. in history from Parkland College; a B.S. in Management from the Nova Southeastern University and a M.S in international finance from the University of Illinois, and served as an adjunct professor at Florida State University between 1999 and 2001 where he taught classes in small business, finance and entrepreneurship.  He is an avid fan of Miami Marlins baseball and has two children, Carolyn and Anthony Sola.

An article written by Commissioner Louis Sola was featured in the Summer 2022 edition of the Cruise Ship Round Turn, a publication of the Coast Guard’s Cruise Ship National Center of Expertise.  In the commentary, Commissioner Sola highlights the criticality of partnerships, cooperation, and a commitment to risk mitigation were key… Read More »

Federal Maritime Commissioner Louis E. Sola wrote the President on June 23, 2022, regarding the Hugh Leatherman terminal in Charleston, South Carolina. Text of the letter: Dear President Biden: Thank you for your kind invitation to attend the Ocean Shipping Reform Act signing ceremony last Thursday. With your signature you have… Read More »

Commissioner Sola speaking as a panelist at the SeaTrade Cruise Global conference in Miami Beach, FL 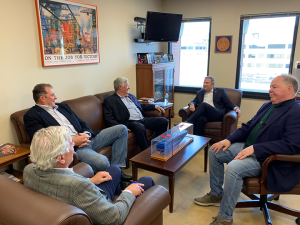 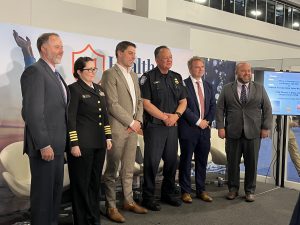 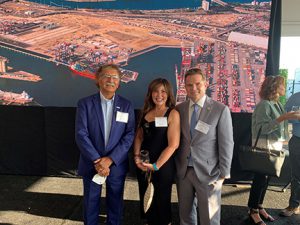 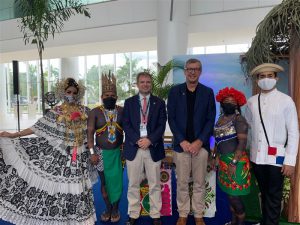 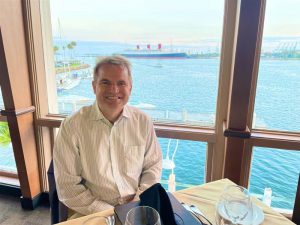 Commissioner Sola in Long Beach with Queen Mary in background 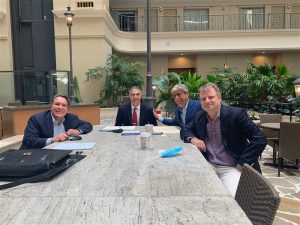 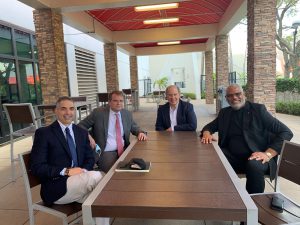 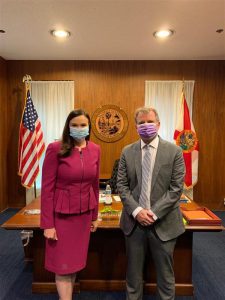 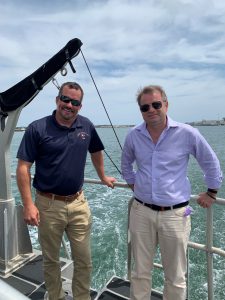 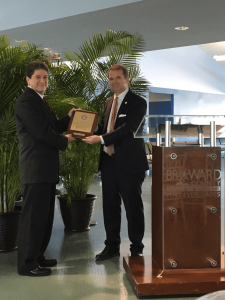 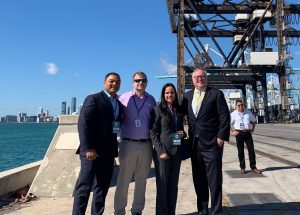 On November 19, 2019, Commissioner Sola toured PortMiami with Eric Olafson (PortMiami), Frederick Wong (Jaxport) and Yeseira Diaz (FMC's South Florida Area Representative) in advance of AAPA's Latino conference being held this week. Florida remains a critical link in the North-South trades, with over 30% of U.S. exports in the trade moving through Florida ports. 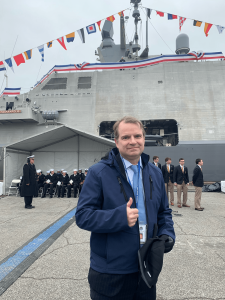 On October 26, 2019, Commissioner Sola attended the commissioning of the USS INDIANAPOLIS in Burns Harbor, IN. 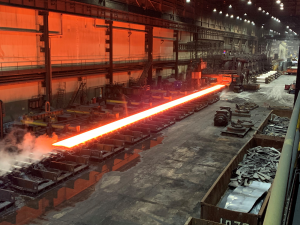 The tour provided the opportunity to gain a better understanding of the milling processes, as well as the supply chain and distribution networks of our vital U.S. steel industry. 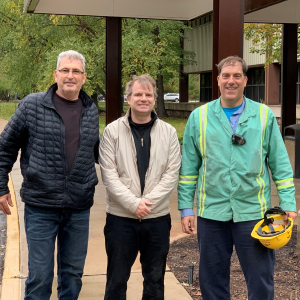 The U.S. Flag Lakers, including the MV BURNS HARBOR, are a critical link in the maritime supply chain which helps U.S. industry remain competitive in the great lakes region. 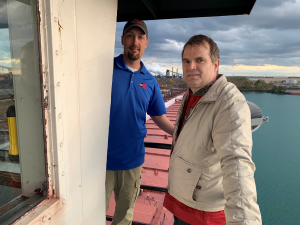 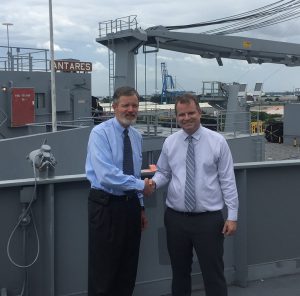 Commissioner Sola participates in a panel discussion at NCBFAAs annual conference in Houston, TX on April 16, 2019

Commissioner Sola celebrated National Maritime Day by speaking at the International Trade Day in Miami, Fl. The event was hosted by U.S. Customs and Border Protection and provided the opportunity for Commission Sola to address the critical role of the FMC within the broader international maritime industry. Commissioner Sola is pictured here with Gregory McCann, Assistant Director for Trade Operations, U.S. Customs and Border Protection. 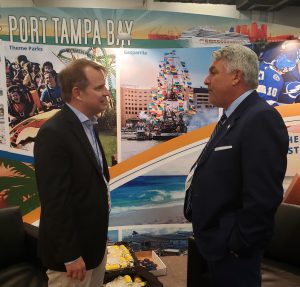 Commissioner Sola meets with former Commissioner Anderson at SeaTrade Cruise Global to discuss developments in the cruise industry as well as the recent growth of the cargo market at Port Tampa Bay. 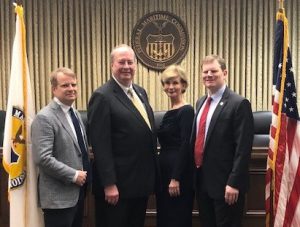 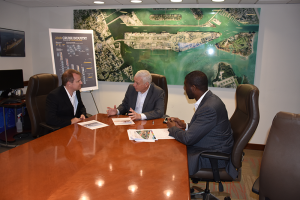 Commissioner Sola met with Port Director Juan Kuryla and Assistant Director Basil Binns to discuss the continued development of the Port of Miami.

Commissioner Sola meets with Roberto Roy, the Chairman of the Board of the Panama Canal Authority