Commissioner Vekich has earned numerous recognitions for his work, legislative, and community service.

Commissioner Vekich earned his A.A. from Grays Harbor Community College and his B.A. in Political Science from the University of Puget Sound.  He has been married to Marcee Stone-Vekich since 2012 and survives his first wife, Ivy Frost Vekich, who died of breast cancer in 1995.  Commissioner Vekich is the father of two children and one stepchild.

Commissioners Carl W. Bentzel and Max M. Vekich wrote key Members of Congress to urge changing the law in a way that would allow the Federal Maritime Commission to prohibit filed agreements from automatically going into effect. “Congress provided the Commission with important additional authorities in the Ocean Shipping Reform… Read More »

Statement of Commissioners Max M. Vekich and Carl W. Bentzel regarding the NPRM on the Definition of Unreasonable Refusal to Deal with Respect to Vessel Space Accommodation

This Notice of Proposed Rulemaking provides an important first step in elaborating on how the Federal Maritime Commission will assess what constitutes an unreasonable refusal to deal or negotiate with respect to vessel space accommodation.  While the proposed rule establishes parameters for consideration, there may be additional steps that would… Read More »

Commissioner Max M. Vekich commends Secretary Tom Vilsack for the recently announced U.S. Department of Agriculture initiative that will assist American-grown agricultural products to reach global markets. Under the program, agricultural exporters will receive $200 per container of farm goods exported out of the ports of Seattle, Tacoma, or Oakland…. Read More » 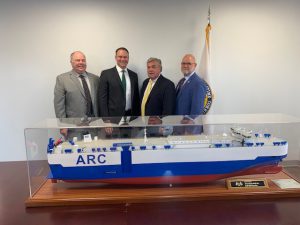 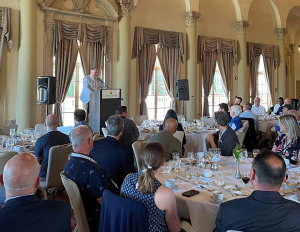 Commissioner Max Vekich addresses the Annual Meeting of the National Maritime Safety Association (NMSA), as the keynote speaker, part of his tour of PortMiami, on June 23, 2022. 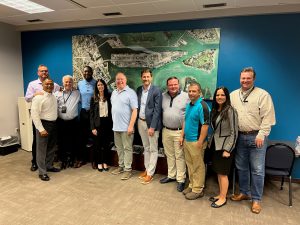 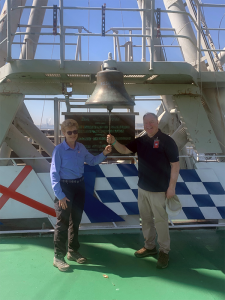 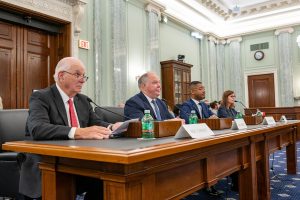 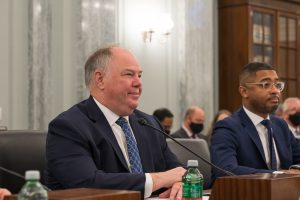 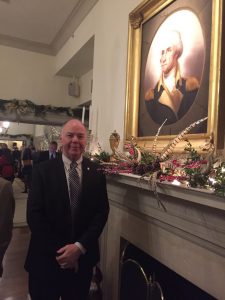