The Commissioner presented several slides with general background information on the ports of Hamburg and Rotterdam, including the geographic area, number of throughputs, and number of TEUs handled each year. He then compared the information and statistics for those ports with information and statistics for the three largest ports in the United States. Among other things, the Commissioner pointed out that Rotterdam, Antwerp, and Hamburg, the first, second, and third largest ports in Europe respectively, are all larger than Los Angeles, the largest port in the United States (U.S.), although smaller than Los Angeles and Long Beach when combined as one port complex.

The Commissioner described how the European ports are major transshipment ports between Asia and Europe. The Commissioner went on to discuss the infrastructure developments taking place at the ports of Hamburg and Rotterdam, and how the need for development and financing continues to grow as ship sizes continue to get bigger. He continued by explaining that the ports in Europe which he visited had already invested significantly more in automation than most U.S. ports, which has resulted in much more technologically advanced ports. This included the APM terminal at the Port of Rotterdam which has been labelled “the most advanced terminal in the world.”

Next, the Commissioner’s presentation shifted to a discussion of the Global Liner Shipping Conference. At the conference he participated in two different panels, one which dealt with protectionism and anti-trust legislation and the other which discussed the general challenges facing ports and terminals today. The Commissioner explained to those present at the Commission meeting that while attending the conference the primary concerns he heard expressed related to trade protectionism and comments from the new administration regarding the future of U.S. trade. He said that further concerns were expressed regarding how long the three current alliances are likely to last in light of the various mergers and consolidations currently taking place across the industry.

Finally, the Commissioner shared an update on the anti-trust issues involving carriers in the jurisdiction of the European Union (EU). He started by providing a brief history of the adoption of an anti-trust exemption and its subsequent repeal by the European Commission. The Commissioner explained that currently the EU permits consortia agreements so long as price discussions are not involved, and questions have arisen regarding the EU’s approach to the “alliances.” The Commissioner explained that considering recent rate hikes the EU continues to monitor the consortia agreements, but at this point they have not received any formal complaints. He went on to say that while it seemed the EU had mixed feelings on whether the consortia agreements should be allowed, particularly as EU shippers continue to raise concerns about whether there are sufficient benefits to outweigh the costs, at this point the agreements will continue to operate at least until the current exemption expires in 2020. Finally, the Commissioner explained that the prevalent view at the Global Liner Shipping Conference was that the regulatory frameworks of both the EU and the U.S. need updating. 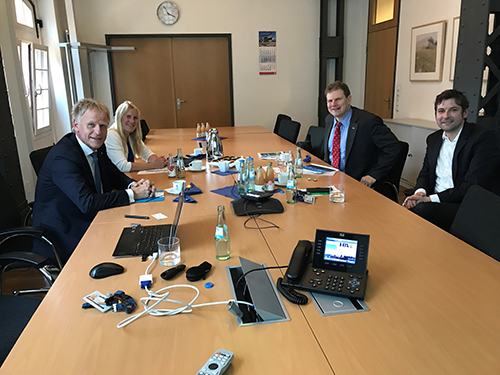 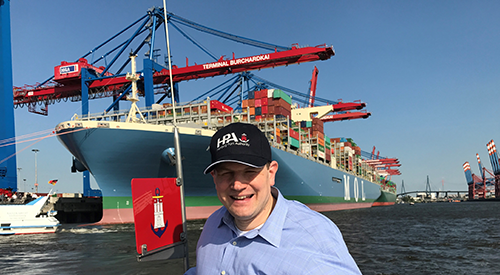 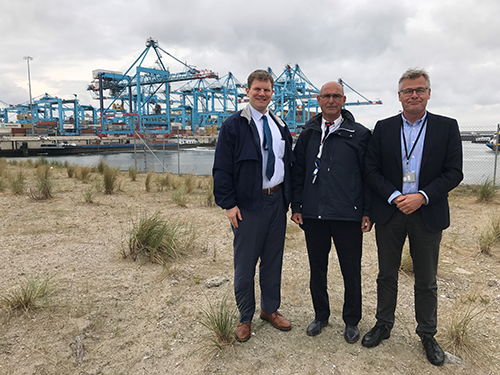