The U.S. delegation was led by Rear Admiral Mark H. Buzby, Maritime Administrator, and other participants at the meeting included representatives from the U.S. Coast Guard and the Department of State. The Japanese delegation was led by Dr. Shinichiro Otsubo, Director-General of the Maritime Bureau, and the delegation comprised representatives from Japan’s Ministry of Land, Infrastructure, Transport and Tourism and the Embassy of Japan.

During the meeting, Commissioner Dye provided an update on the competitive outlook of the industry, touching on recent merger activity and alliance reshuffling. She also discussed the competitive impact of overcapacity and the IMO 2020 sulfur limit, which will place significant compliance costs on the industry, as well as the increasing digitalization of the industry and its effect on carrier collaborations. 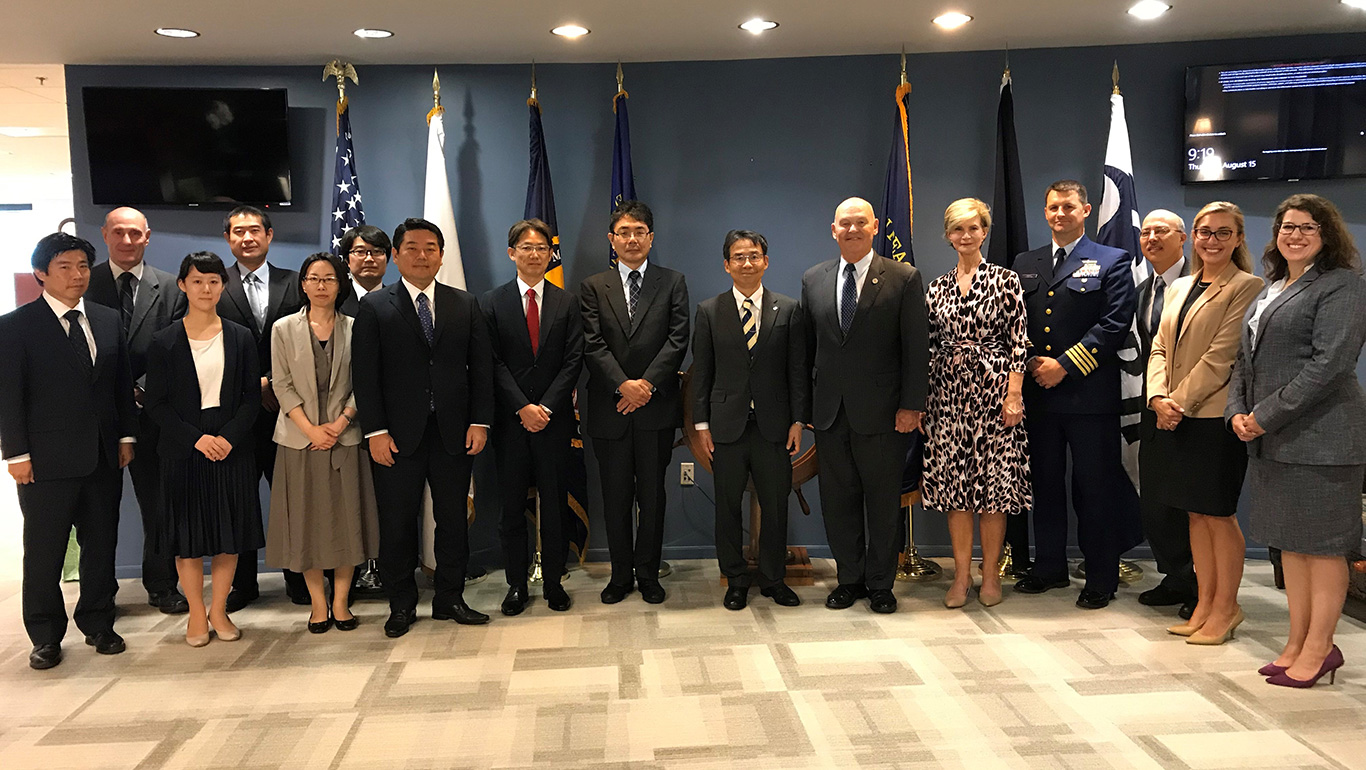