The purpose of the visits was to better understand the unique operations, markets, and management structures of the different South Atlantic ports and explore differences in the operating structures of the ports.  The visits also focused on how each port managed chassis used in marine container movements and reviewed implementation of intermodal railroad connections.

In Wilmington, North Carolina, Commissioner Bentzel met with the outgoing and incoming ports directors, and toured the port’s facilities, and learned about their plans for growth.  Wilmington is impressively planning for growth and utilizing its export traffic to attract expansion in overall trade, and planning for inland port distribution networks through the state of North Carolina.

In Charleston, Commissioner Bentzel was briefed by port leadership on the port’s plan for future growth utilizing inland ports and greater reliance on railroad intermodal transport to maximize trade volumes through the port. The South Carolina State Ports Authority recently announced major expansion to accommodate customers such as Walmart and has one of the most significant water channel deepening projects underway on the East Coast.  Later in the day, Commissioner Bentzel provided remarks to the Maritime Association of South Carolina on FMC issues and policy.

The Georgia Ports leadership, in Savannah, provided insight into how the port has managed its growth through focus on shipper distribution needs.  The port is aggressively implementing on-dock rail and has actively recruited shippers to set up distribution centers outside the port’s gates to ensure continuity of cargo.  As an example of the Georgia Ports business model, Commissioner Bentzel toured Dynacraft Distribution Center,  a leading U.S. distributor of customized bicycles, which is located right outside the port facility.

In Jacksonville, the port director provided a tour of a landlord port that did not actively engage in terminal operations to gauge the differences between JAXPORT and the other three ports which were engaged in terminal operations. While in Jacksonville, the Commissioner also toured the state-of-the-art Tote terminal. Tote also provided a briefing on its first ever Liquified Natural Gas (LNG) powered container ships, which are some of the first ever LNG powered container ships in trade.

“First, I want to express my sincere appreciation of the value that the South Atlantic port industry plays in delivering essential supplies and cargo to our population. The shipping and terminal companies, the port authorities, longshoremen, trucking, railroad employees and all of those engaged in shipping have continued to work throughout COVID-19. They are heroes, and I was impressed by how well management and labor have come together to safely do what needs to be done to keep our country moving forward with critical supply.

I want to thank the leadership of all four ports for their assistance in setting up productive meetings to inform on their plans moving forward. While COVID-19 has impacted every aspect of our economy and daily life, including how we travel, I was impressed by how each port had overcome safety challenges and the challenges of extreme variation in trade caused by COVID-19. I think as a Nation, we all owe this industry a debt of gratitude, and I look forward to engaging with them in the future as we move towards normalcy.” 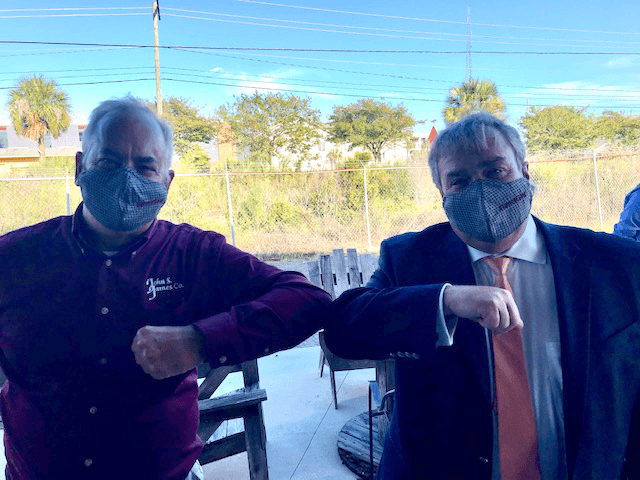 Carl W. Bentzel is a Commissioner with the U.S. Federal Maritime Commission. The thoughts and comments expressed here are his own and do not necessarily represent the position of the Commission.