Chairman Khouri Travels to London for Consultations & to Attend LISW19

Chairman Khouri began his week by giving a speech to the Government Stakeholder Workshop in which he discussed the role of the Federal Maritime Commission as well as key developments related to shipping from the perspective of the U.S. agency responsible for ensuring competition in container shipping.  He provided his remarks aboard the NLV Pharos, a 275-foot multi-purpose Tender vessel that among its other missions provides marine Aids to Navigation in the waters between Scotland and the Isle of Man.  Usually operating out of Oban, Scotland, the NLV Pharos was berthed in London to serve as venue for LISW19 events.

During the remainder of the week, Chairman Khouri attended the LISW19 conference, and he held meetings with U.K. government officials involved in regulating and promoting the maritime industry.  His schedule included discussions with:

Chairman Khouri also had a brief introductory meeting with the Rt Hon Grant Shapps MP, Secretary of State for Transport.

Topics addressed in the meetings included the future of shipping post-Brexit, opportunities for U.K.-U.S. bilateral cooperation in the maritime sector, and views on competition policy.

“The London International Shipping Week event provides a unique opportunity to interact with government and corporate leaders concerned with the vitality and dependability of an industry that is indispensable to economic wellbeing of nations and the ability of each of us to have ready access to the goods we require as individuals,” said Chairman Khouri.

London International Shipping Week is a partnership between the government of the United Kingdom and the English maritime industry.  It is held biennially in London and other regional locations. 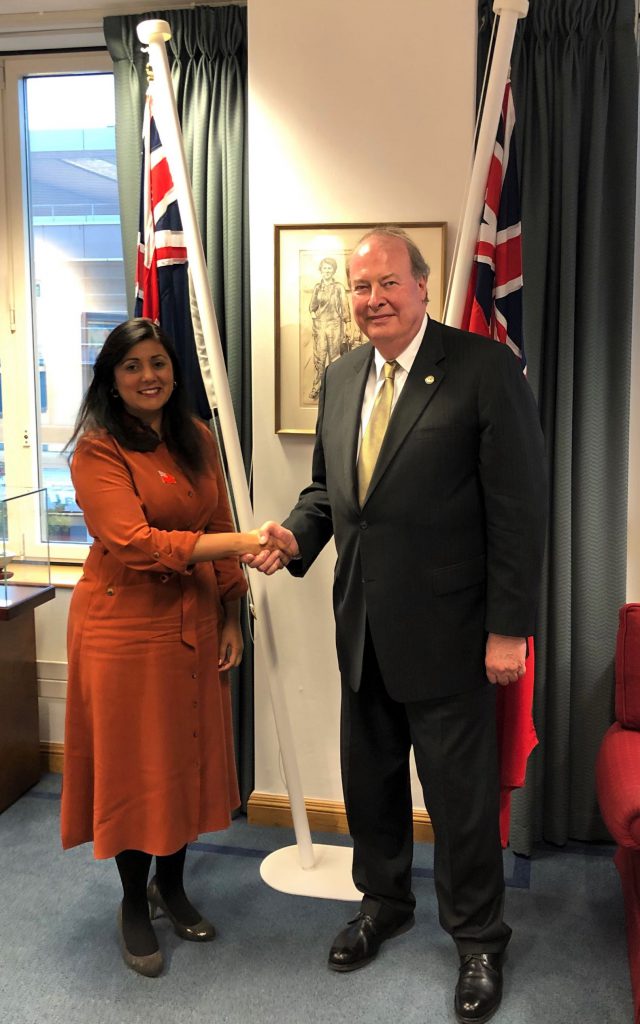 Chairman Michael Khouri (R) and Nusrat Ghani MP, the U.K. Under Secretary of State for Transport