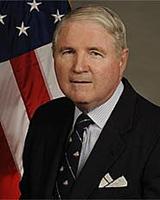 Commissioner Lidinsky comes to the Commission as a 37-year veteran in the maritime trade industry from positions held in both business and government. After serving as a Congressional aide on the U.S. House of Representatives Merchant Marine and Fisheries Committee, he began his professional legal career in the FMC’s Office of General Counsel as Legislative Counsel from 1973-75. In 1975 the Maryland Port Administration appointed him to be Director of Tariffs and National Port Affairs, as well as counsel.

While representing the Port of Baltimore on both regional and national port organizations, he was a key architect of the port protection sections in the Panama Canal Treaty Implementing Legislation and the Shipping Act of 1984. Mr. Lidinsky also helped negotiate on behalf of the port one of the first US-China trade agreements. In 1985 Sea Containers Ltd., the global maritime manufacturer and container leasing company, recruited Mr. Lidinsky to establish their Washington, DC office. As Vice President for Governmental Affairs until 2006, he secured contracts with the Pentagon to supply military equipment from Sea Containers’ factory in Charleston, SC. He also served as a member of the Sealift Transportation Committee of the National Defense Transportation Association; as Board Director and on the Defense, Transportation and Port Security Committee of the British-American Business Association; and as a High-Level Expert to the U.S. NATO Delegation on the Ports and Intermodal Transportation Committee from 1995-2005. Most recently, Mr. Lidinsky worked as an attorney and international trade consultant in private practice.

In 1968 Mr. Lidinsky received his BA from the School of Government and Public Administration of American University, and in 1972 his JD from the University of Maryland. From 1969 to 1975 he also served in the U.S. Coast Guard on active and reserve duty.

Commissioner Lidinsky’s statement on the Fourth Annual Update to the FMC Study of U.S. Inland Containerized Cargo Moving through Canadian and Mexican Seaports

July 15, 2016 Contact: Jewel M. Jennings-Wright, Counsel to Commissioner Lidinsky Four years after the original Study of U.S. Inland Containerized Cargo Moving through Canadian and Mexican Seaports was published, the Office of Commissioner Richard A. Lidinsky, Jr. announces the fourth annual update to the report. 2015 was a pivotal year for… Read More »

June 3, 2016 Good morning. I first want to thank Lord Phillips and the seminar committee for inviting the Commissioner to share with you this morning some current important matters at the FMC, and in the U.S. Maritime industry in general. I would also like to thank the seminar committee… Read More »

April 15, 2016 Commissioner Richard A. Lidinsky, Jr. lent his support today to the statements made by Commissioner William P. Doyle at the Global Liner Shipping conference held yesterday in London, on the eve of congressional hearings on the SOLAS treaty requirement that container weights be certified. “There has been… Read More » 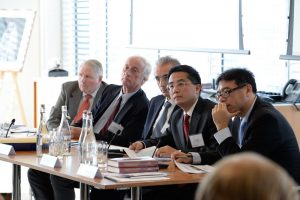