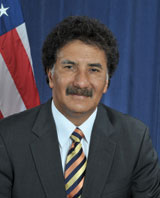 Commissioner Mario Cordero of Long Beach, California, was nominated by President Barack Obama and confirmed by the United States Senate to serve as a Commissioner of the Federal Maritime Commission beginning on June 3, 2011. President Obama then designated him to serve as Chairman of the Commission on April 1, 2013. He was reconfirmed by the Senate on October 8, 2015, for a term set to expire on June 30, 2019. He served as Chairman until January 23, 2017. Mr. Cordero brings with him over thirty years of private legal practice and decades of public service – including serving eight years on the Board of Harbor Commissioners for the Port of Long Beach (POLB).

Concurrent with his leadership positions on the POLB, Commissioner Cordero served on the Executive Board for the American Association of Port Authorities’ (AAPA) Latin American delegation. In this role, he led efforts to develop policies for greater cooperation, increased trade, and joint growth across the combined North American and Latin American footprint.

Under his leadership as Chairman, the Federal Maritime Commission underwent monumental change and received accolades from the Administration, Congress, and, most importantly, stakeholders, for its attentive and careful approach to facilitating solutions to several paramount issues. These issues included severe port congestion, concerns arising from container weight rules that affected cargo movement, new and unsubstantiated chassis fee proposals that affected the largest port complex in the United States, management of the PierPass program on the West Coast, the diligent review of alliance agreements, and the international bankruptcy of South Korean carrier Hanjin.

As Chairman, he prioritized the internal goals of diversifying the workforce, improving employee morale, and modernizing agency technology for the benefit of employees and the industry. As a result of these efforts, the Commission received an award for being the Most Improved Small Agency in 2015, as part of rankings released by the Partnership for Public Service and Deloitte. The rankings are based on data from the Office of Personnel Management’s Federal Employee Viewpoint Survey (FEVS) and provided rankings in 14 categories. The Commission achieved positive gains in all categories, the most significant being in Effective Leadership (Empowerment), Strategic Leadership, Training and Development, and Support for Diversity. The recent 2016 FEVS results again indicated increased employee satisfaction.

Further, during 2013-2017, Mr. Cordero was recognized for his efforts in assisting industry stakeholders to accomplish their goals. In May 2014, he was the recipient of the Stanley T. Olafson Award, presented by the Los Angeles Area Chamber of Commerce to individuals who have advanced world trade and international relations. He also received the Connie Award from the Containerization & Intermodal Institute in September 2015, an award given to those who have contributed to the evolution of the containerized shipping industry. Further, in February 2016, he was named Person of the Year by the New York/New Jersey Foreign Freight Forwarders and Brokers Association. Finally, in August 2016, Mr. Cordero received the prestigious Malcom McLean Award from the Association of Bi-State Motor Carriers, given in recognition of his efforts to be inclusive, encourage open dialogue on key issues affecting intermodal commerce, and put forth forward-thinking initiatives, which facilitated progress and partnership amongst the stakeholders at the Port of New York & New Jersey.

Mr. Cordero has taught political science at Long Beach City College. He earned his Bachelor of Science in Political Science from California State University, Long Beach, and his law degree from the University of Santa Clara.

Commissioner Mario Cordero Testifies to Congress Regarding Maritime Transportation: Opportunities and Challenges for the Maritime Administration and Federal Maritime Commission

NR 17-08 Contact: John K. DeCrosta, (202) 523-5911 Commissioner Mario Cordero will depart the Federal Maritime Commission next month in order to accept the job of Executive Director of the Port of Long Beach, California. The Long Beach Board of Harbor Commissioners voted Friday afternoon to hire Mr. Cordero to run the port…. Read More »

February 2, 2017 Good afternoon, and thank you for inviting to speak with you. I’ll try to keep my remarks brief and shed some light on the work of the Commission and my own personal outlook on the state of the industry. Last year was one of significant and historical… Read More » 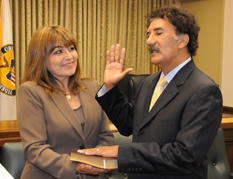 Commissioner Cordero Being Sworn In 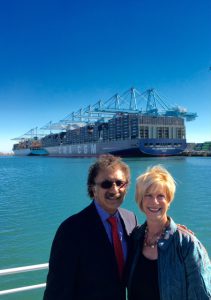 Chairman Cordero and Mr. Rich Dines during the 2015 Pulse of the Ports 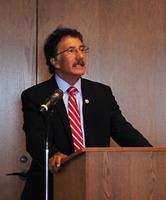 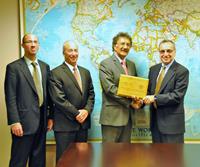 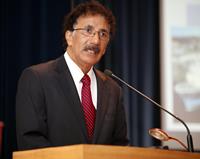 Chairman Cordero spoke at Valparaiso’s Sustainable Ports Seminar on May 8, 2014, in Valparaiso, Chile 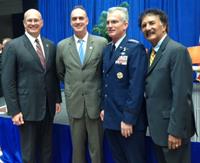 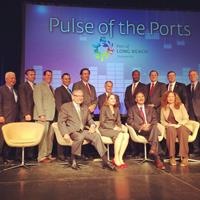