Chairman Daniel B. Maffei Visits Port of New York and New Jersey to Meet with Stakeholders

Yesterday, in response to growing concerns about congestion at the Port of New York and New Jersey, Chairman Maffei and Managing Director Lucille Marvin (also the current Acting Director of the Bureau of Enforcement, Investigations, and Compliance) visited Newark and met with representatives from the trucking community and marine terminal operators.

Last week, both the National Industrial Transportation League (NITL) and Bi-State Motor Carriers Association (Bi-State) sent formal correspondence to the Commission raising concerns about equipment availability and demurrage and detention charges. Both groups urged the Commission to suspend demurrage and detention at the Port of New York and New Jersey. In order to see conditions first-hand and acknowledge the importance of the issues, Chairman Maffei and Ms. Marvin travelled to the Port yesterday to meet with stakeholders directly.

After the meetings, Chairman Maffei made the following statement: “When ocean carriers continue to bring thousands of containers per month to a port and only pick up a fraction of that number, it creates an untenable situation for terminals, importers and exporters, trucking companies, and the port itself. The Commission has already been investigating reports of carriers charging per diem container charges even when the shipper or trucker cannot possibly return the container due to terminal congestion. I will ask that this investigation be broadened and intensified to cover instances where shippers and truckers are being forced to store containers or move them without proper compensation.”

Maffei also noted, “The Commission will ask the carriers that have fallen the most behind in picking up their empties what their plan is to rectify the situation. Whatever their answers may be, I will do everything in my power to ensure that carriers do not receive involuntarily subsidized storage for empty containers that belong to them. If it can be shown that a shipper or a trucker is not allowed to return a container then – not only should they not be charged per diem but – the carrier should compensate that trucker for the space it takes up. This is completely in line with the incentive principle set forth by the Commission in its rules in that it would promote the movement of cargo since chassis and space would be freed up by carriers taking full responsibility for the empty containers resulting from the increased volumes of import cargo they bring in.”

Chairman Maffei and Ms. Marvin also met with port leadership, including Port Director Bethann Rooney, who was instrumental in arranging for the meetings on short notice.

Chairman Daniel B. Maffei and Managing Director Lucille Marvin meeting with Bi-State Motor Carriers at the Port of New York and New Jersey 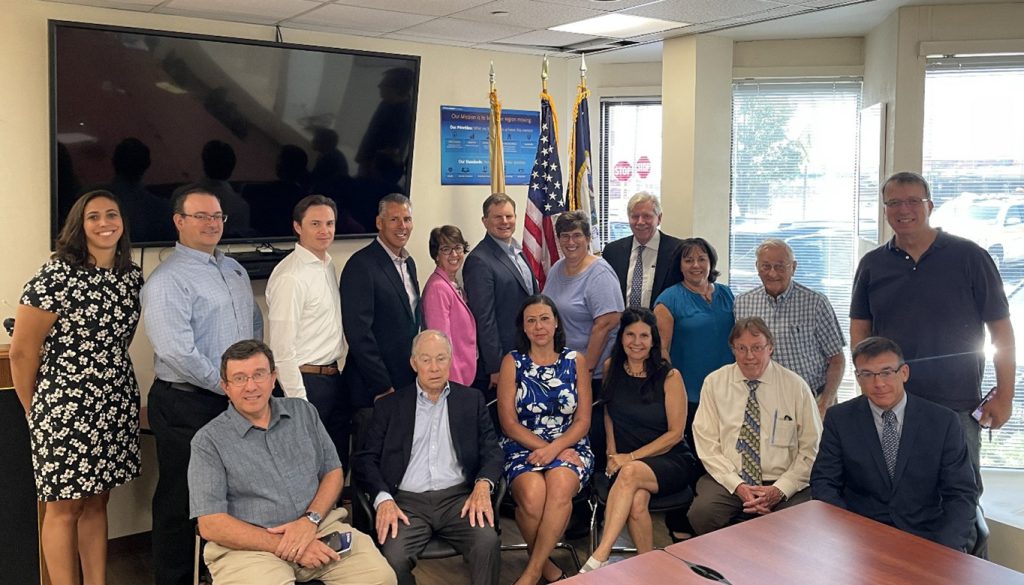